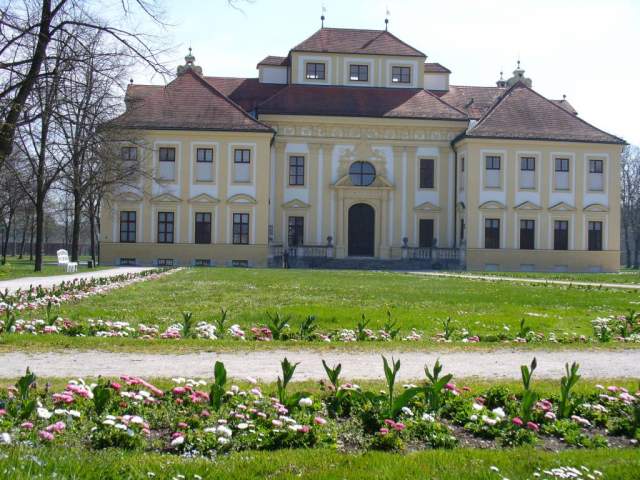 Towards the end of the 17th century Elector Max Emanuel’s hunting lodge and garden palace saw the display of courtly splendour at its best. Lavish celebrations, glamorous dances, and extravagant invitations complete with exquisite entertainment of the high-ranking guests were held there.

The ballroom with its ceiling fresco painted by Francesco Rosa was the grand venue for these events. Adjacent to the north and south of the main hall are the Elector’s apartments. Originally, the “S. Renati-Klösterl”, a small monastery, was located east of the Old Palace. It had been built by Duke Wilhelm V, “the Pious”, for his late wife, Renata von Lothringen, who died in 1607.

The Bavarian Elector’s wedding with the emperor’s daughter Maria Antonia in 1685 was the occasion for the construction of this small pleasure palace, which is situated on a small artificial island in the court garden.

Today, the famous “Schneider” collection of china with its Meißner tableware, centrepieces and animal figurines is displayed in the palace.